After Emma Wilkinson’s departure there’s another hiatus.  As far as lead vocalists are concerned Emma was a hard act to follow and we struggle to find a replacement. We spend 2010 on hold as Emma never actually resigned from the band: her personal difficulties just meant that she never contacted us and for some months we entertained the hope that she would return.

Then, in 2011 with the band inactive again, Jim Mercer decides to leave. This is a blow as we’ve played together in all the various lineups since 1989. Although the departure was amicable (and we still pursue our shooting activities together) Jim never really gave an explanation for his departure, apart from citing work commitments, which had always left me thinking the worst, i.e. maybe he was just fed up with me or Laurie or both of us!  For a long time afterwards I tried to winkle an explanation from him but to no avail.  Maybe it was just a question of being weary after seventeen years’ service to the cause. Jim never really enjoyed live playing as much as the rest of us - he liked the technical side of things and the fettling and so on that goes with owning guitars and amplifiers, etc. but I he never came alive on stage in the same way I do. But that was just his quiet way. I still get a thrill from playing live in a well-rehearsed band, and pursuit of that thrill has driven me over the decades to put up with all manner of setbacks.

Laurie and I were left to look for not only a very good lead vocalist but also another second guitarist.  I got the impression that this time even Laurie was weary of the struggle and not enthusiastic about building things all over again.  In fact at one point he said as much, I think in hope that I would agree and release him from the bond. Nevertheless we set about the task, and in truth I find a lot of satisfaction in the process of actually putting a band together because whilst it can be tedious and frustrating at times it also provides a great deal of satisfaction when it comes together and an audience enjoys what you’ve worked on and are now entertaining them with.  Laurie and I spend 2011 searching for and trying out vocalists with no success.

On The Up Again (again)

2012: After seeing some guitarists we offer the role to Anthony Collins who has experience playing in bands and lives near to me.  Anthony proves solid, reliable, punctual and affable (what more can you ask!) and we get on well.  He also proves to be treacherous and duplicitous, see below. We then find a lead vocalist in Helen Durkin who is an experienced singer, mainly solo and has only been a member of one band before.  We practice hard for a number of months as I’m determined we need plenty of songs that are tightly rehearsed.

2013: We debut at a private function in June and it’s a good first gig - spoiled a little by poor room acoustics, but we acquitted ourselves well. Two months later, after a period of health problems, Laurie decides to leave the band. This is a blow as we’d played together and been friends for 48 years! As mentioned above, I think his enthusiasm had been waning for some time, but his health issue (happily now resolved) was taking the edge off his being able to enjoy playing.  So in Autumn we change the name from ‘The Skyline Band’ to ‘Skyline’ and continue as a trio.

2014: After a number of successful and enjoyable gigs the latest lineup of Skyline completes its life cycle and dissolves in April. Unfortunately the fun of playing live is often offset by (i) inconsiderate venue operators who don’t provide space to set up in - leaving the band to try and politely cajole their customers to move aside, (ii) landlords who short pay, welshing on a contract, and (iii) the problem of drunken revelers who barge into your equipment, sometimes damaging it.  When the scales tip and a gig becomes a chore it’s time to take a break. Also, it leaves a sour taste in the mouth when I discover some months later that Helen and Anthony, had been secretly rehearsing with another band for over two months before Skyline dissolved.  Presently I’m concentrating on my songwriting and recording. But the itch to play live will no doubt take hold again very soon…  I just need to be ultra-sure I hook up with competent musicians in future rather than stopgap mediocrity, and straight forward people rather than duplicitous, untrustworthy ones. 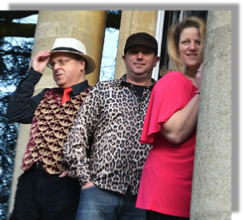 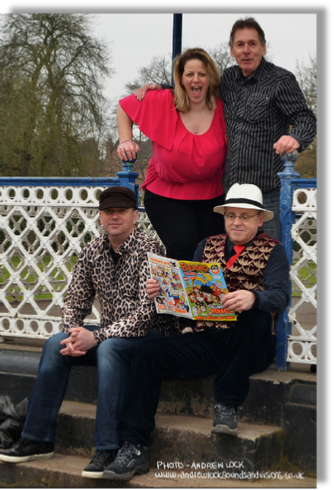 2015:  At last; a lineup of three friends who know and trust one another and make terrific music into the bargain.  The Phoenix Trio is formed, to play great music instead of copycat covers.  We choose songs carefully, devising our own original ear-catching arrangements that intrigue and please our listeners whilst giving us room to stretch out and have fun.  Laurie, Richard and I have known each other for over fifty years and are close friends.  This is how playing in a band should be!

The Phoenix Trio 2015: Laurie, Richard and Me

2020:  I’m now ensconced in Cornwall, living in a coastal village with beautiful sea views from our house.  I have a bright and more roomy home recording studio, in a setting that promises to be conducive to getting the creative juices flowing.  I sorely miss the company of Laurie and Richard; not only because of the musical moments we enjoyed over the years, but also because of the childish knockabout laughs we had together.  The urge to play to live audiences doesn’t fade with advancing years, however, and here in Cornwall I’ve teamed up with Paul Donaghy (pictured below), an excellent singer and acoustic guitarist, and we’ve built a set for performing in local pubs as a duo.  The music lives on! 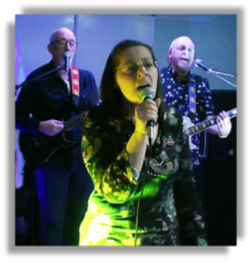 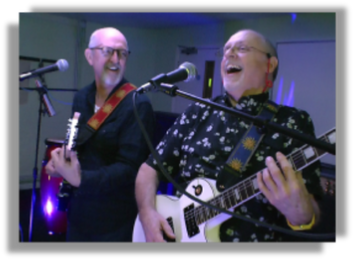 2017:  We add a very able lead singer, Christine Seal, bringing an enjoyable extra dimension to things.  Christine also fitted in perfectly with our (some would sad) antics.  Sadly, Laurie leaves the band after being my musical partner for over half century, in order to move to Bristol, and later Christine leaves to make her home in Devon. In 2019 I complete the rush to the West Country by relocating to a village by the sea in Cornwall.

Richard and I looning for a band video 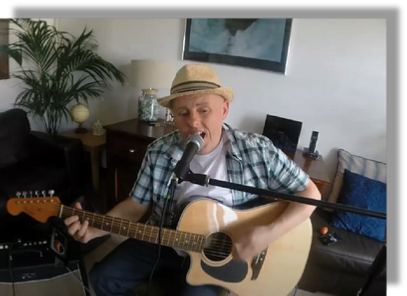