In 1994 I decide to form a band to finally play what I like best - blues. I figure it's high time I play what I enjoy, instead of learning sets of unrewarding, tedious, songs for people to dance to and nothing else. We form a band with Laurie on drums (naturally), Jim Mercer on guitar and John Ciriani on bass. John had in fact auditioned unsuccessfully for us many years previously but this time he got the gig when he answered our local newspaper ad.

The band is christened 'Blues Deluxe' after a track on The Jeff Beck Group's album 'Truth'. We practice hard to get match-fit and really enjoy the music, but inevitably we decide to dilute the true blue mixture with more audience-friendly material in order to get some gigs. Practicing is fun but there's no substitute for that feeling of entertaining people at a live event, so we advertise for a keyboard player and find David Eyre. David has only been learning for a short while but what he lacks in experience and technique he more than makes up for in enthusiasm and ability to learn fast. He fits into the band quickly and acquits himself very well at the first gig. However, David is also finding family and career constraints cramping his music hobby, particularly as his job in a high-tech machine tool company takes him away to Europe now and then. He drops out of the band with great regrets. Laurie gets back in touch with Mick Jennings who'd left the keyboards slot six years before and persuades him to return. (Laurie was reluctant to do this at the time but I'm not sure why. I think it was something to do with the fact that although they were both teachers and had worked for a time in the same school they didn't see eye to eye on some matters).

This line-up works pretty well and stays together for six years until September 2000 when Mick Jennings leaves. Two months later he's followed by John Ciriani. It's depressing how 'musical differences' can find their way in and break up a viable band. We wanted a 'tougher' sound than John was providing on bass - he always seemed to like being low in the mix as if he were somehow nervous of being prominent, whereas I like bass players that 'dig in' with confidence and provide a nice fat backbone to the overall sound. In one discussion with John I famously, or rather infamously, described his sound as a 'rumbling miasma' which actually was a reasonably accurate description of what it sounded like to the rest of us. But John had his own style as we all do and I like to think we parted company fairly amicably, at least we still exchange Christmas cards!

Bands are like marriages with four or five spouses involved instead of two - each individual is prepared to subsume their own desires to greater or lesser degrees for the benefit of the common good, and each individual brings his or her own inter-personal style to the group dynamics. As long as everyone is also willing and able to bring adequate degrees of compromise and goodwill, over a long period things will be fine. This is also bolstered by the band succeeding in its public performances and this creates a virtuous circle, with the members even more willing then to support the common good.

Still, Blues Deluxe had a good run for six years and we had some happy times, which is what it's all about. We rehearsed far more than we gigged, but with all of us engaged in our careers and music a hobby, it wasn't always easy to keep the continuity. Rehearsals at this time were more about getting together with friends to have a silly three hours away from our families, talk about and play music, and in my case bolster my case for buying more guitars and equipment! 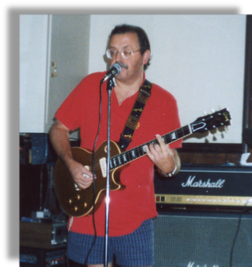 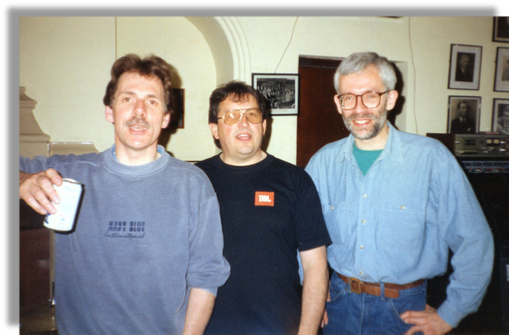 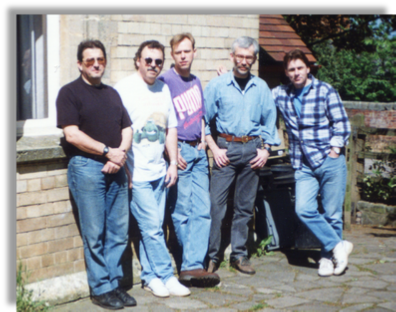 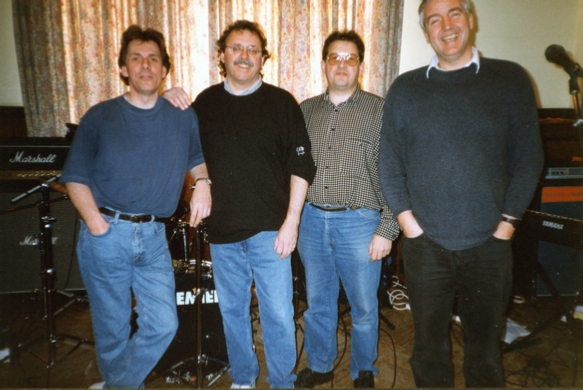